Are we ready for the European Green New Deal?

First off was Apostolos Apostolidis (or Toli for short) talking about the European Green New Deal(EGND). The idea of a Green New Deal is very trendy at the moment and has been taken up by many on the Left including Bernie Sanders and Alexandria Ocasio-Cortez (AOC). The basic idea is to utilize unused cash that is sloshing around the system by issuing Government bonds. These will be used to finance projects to make the absolutely necessary transition to a sustainable green economy, in particular to green energy. The idea is that this will also create good quality well-paid jobs and will in general lift the economy out of the doldrums that it has been in since the 2008 crash.

The DIEM25 Green New Deal differs from others in that it is intended to apply throughout the European continent. There are good reasons for this: finance is accumulated in a few centres only, Germany in particular, where there is so little scope for investment that there are negative interest rates; the threat of the climate crisis is international, but the countries most affected, for instance the Mediterranean, are not the ones that are most to blame for the change; again, the ability to move to green energy sources is not equal for every country — for instance, solar energy can best be gathered where there are large expanses which have sunlight throughout the year, although this is not necessarily only in hot countries, Russia being a good example; finally, some countries will actually benefit from the climate crisis in the short term. For these reasons an International response is critical and for our purposes a European wide solution is not a luxury but an absolute necessity.

In some ways Wales is in a good position to benefit from the Green transition. We have already hydro-electric, wind farms and nuclear plants (which are considered green as far as climate change is concerned). We have the potential to increase offshore wind farms though there is a possible trade-off between this and tourism. But given the immediacy of the crisis, adoption of solar energy isn’t so practical. We have another problem with green transition and that is agriculture. A lot of methane is released by ruminating animals ie cattle and sheep which are the main source of income of Welsh farmers. Transition to crop-based agriculture will not be simple.

Another fundamental difference between the DiEM EGND scheme and others is that there is a stipulation that this needs to be done on a bottom-up, grassroots democratic basis and benefit the most deprived areas and sections of society. This makes perfect sense in that society as a whole needs to really get behind the project. Previous attempts at transition in a cack-handed way have backfired spectacularly. We can think of the fuel tax attempted by Tony Blair which created the first social-media style protests by lorry drivers and haulage firms blocking the oil ports and motorways. Think also about the gilets jaunes in more recent times. In contrast the London congestion charge has proved very successful. It is better to allow people to find their own solutions, whether it is taking up cycling, using public transport, car sharing or simply paying the levy which should go to making public transport better and more efficient.

Unfortunately, in a lot of deprived areas the mental block to initiative is all-pervasive. I can’t think of any IT or web based companies started up in the valleys to take over from the decline of traditional industry. During the last labour government there were lots of grants available but they haven’t made any difference.  In fact you were more likely to get people using an address in the Valleys just to take advantage of the finance. I’m not trying to be negative but just making funding available isn’t going to work on its own. To sell the idea of the European Green New Deal we need to clarify the number and types of good quality jobs that could be created in these areas. And how will things work where different regions and countries are competing for resources? 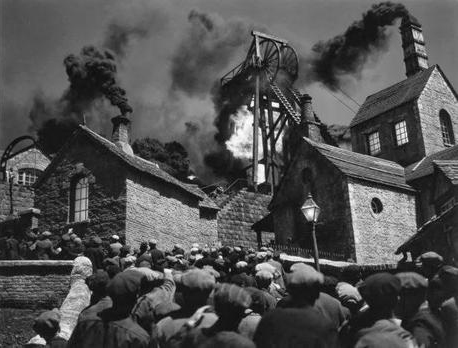 It looks as if the world economy is going into recession again. Among all the current crises there were clear signs of slowdown in China, and the EU announced that it was restarting quantitative easing as a way of injecting liquidity into the economy as interest rates can’t go any lower. This helps mitigate deflation and keeps stimulating the economy. The danger is that due to the previous 2008 crash there is so much less room for manoeuvre. In this context we had a discussion on the future of the EU – i.e. would it be able to reform or would it disintegrate. On the whole the view was that it would reform. My feeling was that it would stagger on for another ten years but ultimately it would reform. The necessity for a body to coordinate on a continent wide basis is self-evident. Someone pointed out that the EU felt distant and made the comparison with the Welsh Assembly where you were likely to see officials around the place and could engage with them personally.

Toli made the point that the UK has not bought into the European project in the same way as other countries have. There is a lot of truth in this as most of the other European countries have had wars and occupations on their soil hence the European dream of peace throughout the continent is much stronger there than here. Unfortunately the UK tends to see things differently. Britain as a seafaring empire – Britain standing alone against the rest of Europe in the second world war. A heckler shouted at an anti-Brexit demonstration recently “we fought two world wars against those people”, which is nonsense given the amount of sacrifice by the people throughout Europe. 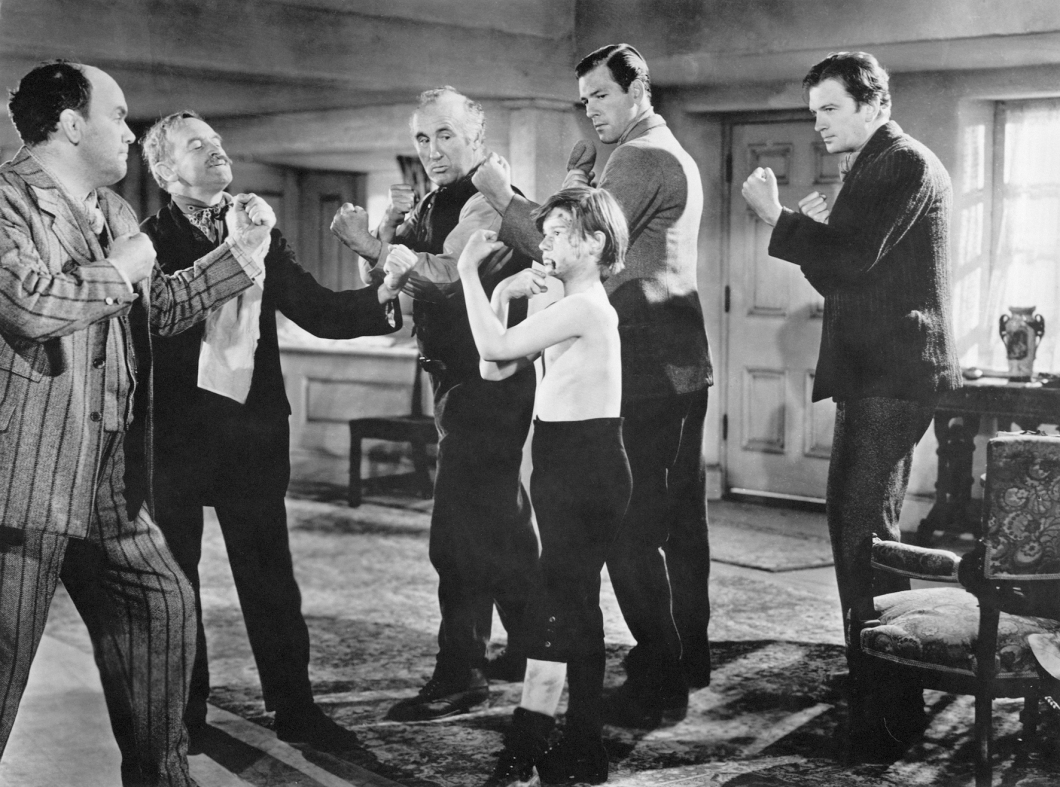 Julia Moore then moved the discussion on to Citizens’ Assemblies. This is a method that has become more popular recently as a way of reaching decisions on complex issues and where opinions are polarised. The idea behind them is that a number of people are selected by sortition (i.e. at random) like a jury in order to get a broad section of representatives of the general population. This has roots in the Athenian idea of democracy where the vast number of officials were chosen by lots. It was because they distrusted elected power as it could be abused by eloquent or charismatic individuals or taken over by vested interests.

After the recruitment stage of the process the participants go through a learning process where they read about the subject, get expert opinion and question submissions by interest groups. They then go through a deliberative stage where attempts are made to reach consensus. This is the opposite of the UK parliamentary system which is adversarial and where voting is the main purpose. Finally there is the decision-making stage where a report is created with recommendations. These need to be accompanied by reasoned arguments.

Citizens’ Assemblies have been very successful in a number of places – British Colombia, Ontario, the Netherlands. Here they have been mainly used to come up with ideas on electoral reform. Adam Price has suggested a Citizens’ Assembly to consider the future constitution of Wales. In Ireland An Tionól Saoránach was set up to consider subjects such as abortion, fixed term parliaments, referendums, population ageing and climate change. Within an 18-month period a report was produced on all these subjects and put to the Oireachtas for consideration. The abortion issue in particular had widespread participation from the public receiving 13000 submissions.

DiEM25 has proposed that Citizens’ Assemblies be used for solving the intractable problem of Brexit. This was also suggested by Rory Stewart in the Conservative leadership election. Like the abortion issue in Ireland it is controversial, polarises opinion and seemingly it is impossible to reach a consensus on the subject. There are some major differences between the two debates. I have some doubt that Citizens’ Assemblies are suitable for the Brexit dilemma. Partly because we haven’t even reached the stage of negotiating our future relationship and the choices are incredibly limited and stark. i.e. crashing out of the EU without a deal, accepting the May deal including the backstop or revoking article 50. We are limited as it involves negotiating with the EU. But who knows? It may be worth a try.

Julia made the valid point that there is a huge democratic disconnect in the current parliamentary system and contrasted this with the situation in Mediterranean countries where there is a greater participation in the political sphere. The example she gave was of the citizens seeing the mayor and discussing issues with him in the local bar. She talked about the way people in the past used to discuss more: there was the church, people meeting in the canteens of factories and mines, belonging to trade unions, etc., and pointed out that today this has been lost.

However, there has been a slight movement in the opposite direction as social media is starting to have a local aspect, and local campaign groups are forming using this method though, of course, this lacks the face-to-face aspect. And a number of place in Wales have had to take over local services on a voluntary, community basis, otherwise they would close. These include community banks and the Municipal Hall in Pontypridd. One of the forum participants mentioned the case of their local shop being kept open on this basis. However, this always occurs as a necessity rather than a way of rebuilding communities.

As we face a climate, a financial and a democratic crisis there is a necessity to come up with answers to these problems before it is too late. The European Green New Deal and Citizens’ Assemblies offer some answers to these questions.