Universal Basic Income – Money for Everyone

Jonathan Williams introduced himself as a former Trade Union official of GMB and now trainee lawyer by day and UBI advocate by night. He came across the case of a single mother who’s employer said her hours would increase from 16 to 20 but found she was significantly worse off because of the benefits cuts and childcare costs and felt that there was something significantly wrong with the system. Having read the book Money for Everyone by Malcolm Torry started a love affair with the idea of UBI.

His original idea was to try a Go Fund me page to try out a pilot for homeless and near homeless people in one area. But as the support for the idea grew the Pandemic hit. The plan now is to try a pilot in six areas throughout Wales and this got the support of Carwyn Jones, Jane Dobbs and 250 signatures. Mark Drakeford has stated that he supports the idea of a pilot.

UBI Lab Cardiff came up with the slogan “our generation’s NHS”.

The discussion is as follows. The questions in bold came from various DiEM members.

Isn’t the problem with pilots such as these that they give out money to the homeless or near homeless and not to everyone and so isn’t a true reflection?

There is truth in that, but the immediate concern was to use it to tackle poverty and destitution and show that the money was used by the recipients in a beneficial way and not wasted.

How this would be funded?

Funding is difficult because Social Security and Welfare isn’t a devolved and so is controlled by Westminster. We have so many sin taxes on things like alcohol and cigarettes, but carbon emissions are left untouched. A tax on Financial Transactions is another way or go back to the corporate tax levels of 2010. You could also get rid of the personal allowance and have a flat rate 15% tax rate which would mean even taxing the UBI. Though that sounds like giving with one hand and taking with the other, the truth is that people at the lower end don’t benefit as much from the personal allowance as high earners because their earnings may be way below the threshold. Higher level earners would end up paying more if it was reduced or removed. We tax wealth very badly in this country. A lot of wealth in Wales is tied up in land. There is also 7 billion in the UK which is spent on means testing most of which could be got rid of. There are many ideas which we need to explore.

What do you think of DiEM25’s idea of getting high tech giants like Google and Facebook to allocate shares and finance UBI through the dividend?

I have heard Yanis Varoufakis mention this idea and I’m a big fan of his. I’ve even copied his hairstyle. There are also things we could have done in Wales such as the Swansea Tidal Lagoon. The Welsh government should have taken that on and given the dividends as UBI like they do in Alaska with the profits from oil. Again, if we must have fracking, well we should get some benefit from it.

Though we don’t have power over Social Security in Wales, we do over Income Tax. What do you think of the idea of a Negative Income Tax?

Could a UBI be implemented under the Welsh government’s tax powers? That is something I’m going to look into.

Apparently, the Welsh government were unable to implement a pandemic emergency UBI because they don’t have the mechanism. They don’t have everyone’s names and addresses, bank accounts etc. If we had a Central bank which opened a deposit only account for everyone based on their national insurance numbers that would be a way.

It could be tied to the NHS number which you get when you are born but bizarrely, we don’t even have access to that. You’ve also got the issue of say Gipsies how do you get the money to them. If it isn’t available to everyone then it’s not truly universal.

But you do make an excellent point of a central bank account which could be used for quantitative easing purposes, but that could open the door to inflationary forces.

Are there negative sides to UBI. Could it be open to abuse?

There is a big danger of it being used as a political football just like the NHS. Governments might up it just before an election or gradually reduce it over time until it got worthless. It needs to be heavily regulated to avoid this.

Could employers use its existence to lower wages? The trade unions are a bit wary of that possibility thinking it will reduce collective bargaining power, but there are other ways of countering that. UBI isn’t the answer to everything.

There is a fair amount of hostility to UBI on the left. Why is this?

Yes, we do a great job of fighting amongst ourselves. That’s why we never get into office.

There are advocates of Universal Services as an alternative, but it’s not an either-or argument. We, on the left, should argue for both. But poverty is a lack of cash and UBI goes some way in tackling the problem. A free bus pass does not feed you, hence why UBI should come first if there is an either-or trade off. In America they have food stamps but what if you’ve got bills to pay. You can’t restrict what people use the money for. You have to trust them. That is the whole point of UBI.

I see UBI as a great way to redistribute wealth. If people have more spending power in an impoverished area, then there is more chance of shops or small businesses opening and so you get natural organic growth in the local economy.

Yes, I would agree totally. You may not be able to tell from my accent as I’ve been in Cardiff for a while but I’m originally from the Rhondda from a poor part of, my grandfather was a miner and I grew up on a council estate. There was absolutely nothing there and that’s why I’m in Cardiff. As you say if give people the cash there is a chance that areas like that can break out of the cycle of deprivation.

By reinvigorating economies, we can also transition to a greener future. It is something we need to do. Look at Australia and California, we are in a climate emergency right now.

It would also increase trust in government and bring people together again. Look at the Finish example where everyone has a stake in the future.

From a libertarian perspective, could UBI be perceived as authoritarian? Should it be optional?

People could opt out of receiving it I suppose. But they couldn’t opt out altogether otherwise you would have millionaires saying, ‘I’m not going to pay towards it through my taxes because I don’t want to receive it either’. There is no way they could opt out in that way.

Thanks ever so much Jonathan and hopefully we can campaign together in the future. 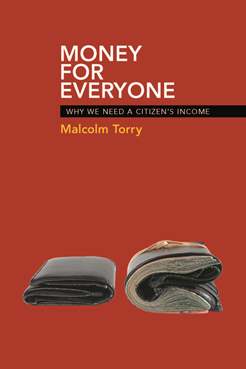 Why We Need a Citizen’s Income
by Malcom Torry
Due to government cuts, the benefits system is currently a hot topic. In this timely book, a Citizen’s Income (sometimes called a Basic Income) is defined as an unconditional, non-withdrawable income for every individual as a right of citizenship. 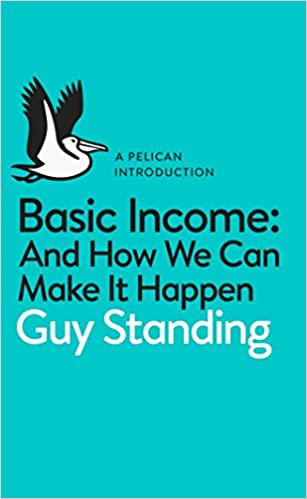 And How We Can Make It Happen
by Guy Standing
Basic Income is an idea whose time has come, and Guy Standing has pioneered our understanding of it – not just of the concept but of the challenges it is designed to meet: rapid automation and the emergence of a precarious workforce for whom wages derived from work will never be enough. As we move into an age where work and leisure become blurred, and work dissociated from incomes, Standing’s analysis is vital. — Paul Mason 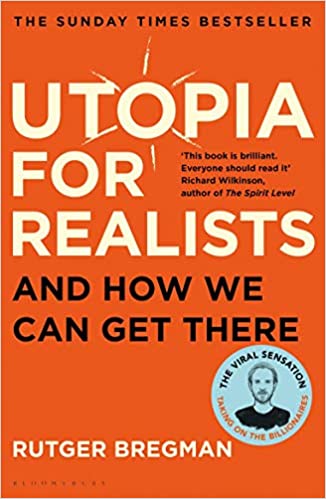 And How We Can Get There
by Rutger Bregman
In Utopia for Realists, Rutger Bregman shows that we can construct a society with visionary ideas that are, in fact, wholly implementable. Every milestone of civilisation – from the end of slavery to the beginning of democracy – was once considered a utopian fantasy. New utopian ideas such as universal basic income and a fifteen-hour work week can become reality in our lifetime. 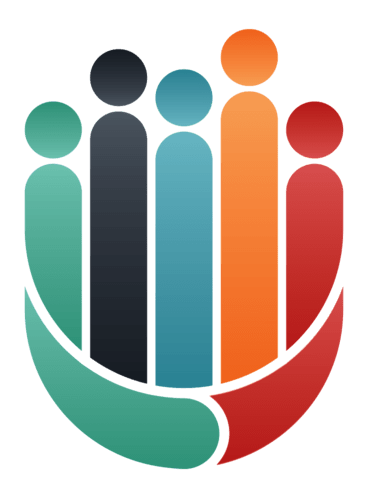 Money for Everyone and FAQs

(bottom of the page has good introductory resources)

Basic Income For All and Are Scottish Pilots Possible