Clwb y Bont – a place with a difference

Tucked away, down a little lane by the side of Boots on Taff Street, the main street of Pontypridd there is a stone building with green wooden doors and frames. As you get near you can glimpse the river Taff flowing behind it and the tall trees of Ynysangharad park on the opposite bank. This was once a small brewery a warehouse and a blacksmiths but since 1983 it has been a social club with a difference.

In the late sixties in the midst of the political upheaval and revival of Welsh consciousness a group of people got together and started looking for somewhere to create a social club that would cater for this mood and in 1983 Clwb y Bont opened it’s doors. Though there are many clubs in this part of Wales they are mostly based around a political party or sport the ethos behind Clwb y Bont was more based on a concept. 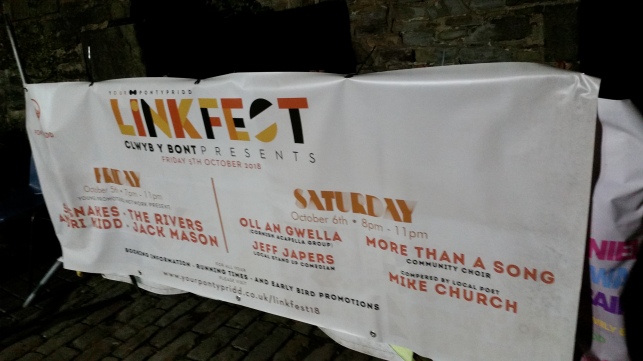 “Our main aim is to promote the Welsh language and culture in this area, but we are also involved in promoting all kinds of things like music, the arts and culture in general” says Helen Morgan the club secretary and sometimes jazz singer. “We are a kind of community stroke arts centre and political venue combined”. “We have always been bilingual. You will hear both languages intertwined at the bar and we welcome everyone as long as they are respectful of others”.

A glance at events held there on any given month will confirm they do in fact have a wide-ranging,  eclectic mixture of events. Regular nights include jazz, folk and blues and a Friday night singalong with a band, a Community Choir and Welsh language lessons and a pool night. This month there was a big band night, a blues band and a garden party dedicated to “encouraging bee friendly gardening and community growing in the Pontypridd area” a local ska band, a book launch and bands organized by the Young Promoters Network. Other months there might be a vintage clothes sale, jazz cinema productions, bilingual quiz or a poetry reading. A recent development has been the purchase of a set of drums which can be used by bands for live gigs and rehearsals.

The Clwb has always had a political side to it though not restricted to a single party. “Various political movements hold meetings here – Plaid Cymru, Labour grassroots, the Communist Party, the LGBT community, Friends of the Earth and they all seem to love it”. “The committee also reflects different political tendencies and none”. And it has never been shy of showing its political edge when needed as was seen during the crisis in Catalunya when the Catalan flag was hung on the outside wall in support.

Pontypridd town centre is struggling and quite a number of shops and pubs have shut on the high street. So how has a venue like this managed to survive where many have failed. “It hasn’t always been easy to keep a not-for-profit social club like this going. We don’t have government grants or anything so we need to keep an eye on the bank balance and be commercially viable as well. But luckily we have always been able to rely on dedicated members and volunteers who bring a wide range of skills to the place. From the original purchase, to building the bar, to occasionally bailing it out financially and serving behind the bar there has always been help available. There is something about the place that inspires great dedication. Though we have permanent paid staff, a lot of the maintenance and running is done voluntarily.”

What has been the highlights and low points of the Clwb’s existence? “Well in my mind the highlight has been managing to turn the fortunes of the Clwb round and getting into the black again. Also the Parti Ponty festival where we were the centre of activities. The low point must be when the river Taff burst its bank and flooded the whole building. We had to strip everything including the bar and rebuild the inside from scratch as it had been contaminated by sewerage from the flood. Another low point was two years ago when there was a real danger we would have to close”. 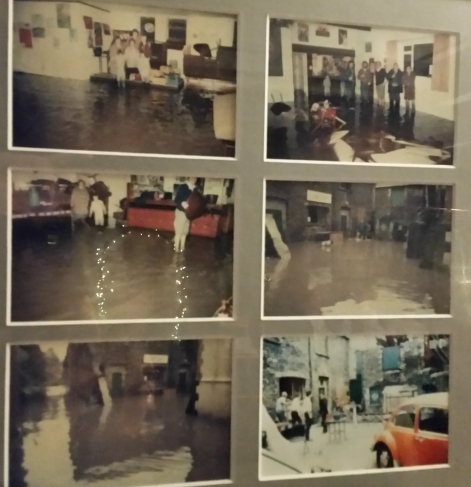 Since then the Clwb has gone from strength to strength and is looking to the future with plans that include converting the upstairs which is unused at the moment into a centre for the Welsh language and culture including meeting spaces and a balcony restaurant. This will be the first building in Pontypridd to turn its face towards the beautiful River Taff. We have to do this with care though, as the building is listed, so we can’t just come in and knock things down. The old brewery wooden steps need to be preserved but they aren’t suitable for public use. So we will need to make new steps in another part of the building. It won’t be easy but we will get there”